On the poetry of Salomon Ibn Gabirol, Antioch Review

The essay « Being Personal: The Very Modern Medieval Poetry of Salomon Ibn Gabirol » has been published in the Antioch Review (Volume 76, No. 3, Summer 2018). The review essay examines Ibn Gabirol’s poems, as published in the book « Vulture in a Cage » (translated by Raymond P. Scheindlin, Archipelago Books). The beginning of the essay:

In his essay “Tradition and the Individual Talent” (1919), T. S. Eliot famously champions the “impersonality” of the “mature” poet, arguing that such a poet is a finely perfected “medium” through which ordinary feelings, passing through his “catalyst” as well as entering into “fusion,” emerge as a new combination of feelings that surpass the original experienced emotion. “The poet has,” specifies Eliot, “not a ‘personality’ to express, but a particular medium, which is only a medium and not a personality, in which impressions and experiences combine in peculiar and unexpected ways. [. . .] It is not in his personal emotions, the emotions provoked by particular events in his life, that the poet is in any way remarkable or interesting.”

Eliot’s theory is seductive. Any good poet appeals not only to spontaneity but also and especially to craft. While he or she is working over words, the original emotion, as expressed in the first draft, can indeed be specified and strengthened or, on the contrary, be inverted, reoriented, given irony, a tantalizing ambiguity, and so on. In this sense, the initial emotion, which was personally experienced, is “impersonalized” and made into something else which, presumably, transcends the poet and is subsequently, to use a contemporary expression, “out there.”

Yet other poets compose poems so “personal” that doubts can arise about Eliot’s term. Are there counterexamples? The poet of “The Love Song of J. Alfred Prufrock” would surely counter that the creative process of “impersonalization” is equally applied to, say, entirely autobiographical poems; the highly personal emotions that move us in such poems have been not less transformed by craft—by the autobiographer as a “medium,” not as a diarist—and emerge as universal personal emotions, which would therefore differ substantially from the original personal emotions that sparked the writing. According to this same logic, one could then speak of the “impersonality” of the autobiographical poet and claim, without too many theoretical qualms, that the “I” in the presumably autobiographical “Love Song of J. Alfred Prufrock’” is not (or no longer) Eliot’s.

But not all poetic “I’s” are fashioned at an ironic remove from the poet’s self, as is, arguably, the case with Eliot’s Prufrock. One can continue to be disturbed, in certain cases, by Eliot’s insight, which has the ambition of pinpointing the genuine—“catalyzed”—source of feelings found in a great variety of poems. For there are poets who by no means endeavor to “impersonalize” their personal emotions and make them universal in Eliot’s sense. They do not wish the emotions to be “out there,” but rather desire to keep them close to home. Such poets, who are not necessarily or exclusively autobiographical in orientation, by the way, express their personalities through their poetry and, one avers, remain unconcerned whether the reader finds their personality (and thus their poetry) “universal” or not. One could even posit that some poets, of this kind, could not care less whether the reader identifies with the emotions expressed in their poems. Moreover, and this is no minor matter: the reader might well relish this very otherness, the very interest of such poets being that they offer reading experiences in which the reader must face that which he or she is not (or not very much).

Oddly enough, the exceptional poetry of an eleventh-century poet, Solomon Ibn Gabirol (ca. 1021-ca. 1058), who wrote in Hebrew in Muslim Spain, has made me ponder such critical questions and draw Eliot’s essays from a bookshelf. On my desk henceforth, alongside The Sacred Wood, is Vulture in a Cage, an extensive bilingual selection of Ibn Gabirol’s work. The very able translator, Raymond P. Scheindlin, has organized the book into thematic categories—“Ambition,” “Sickly Body, Sorrowing Soul, “Patrons, Friends, and Enemies,” “Nature, Wine, and Eros,” “Devotional Poems”—that already give an indication of the rich personality expressed therein. A poem in the “Ambition” chapter sets the tone: “No, I am not a man for soft replies or one / to flop down on the ground before the great.” [. . .] 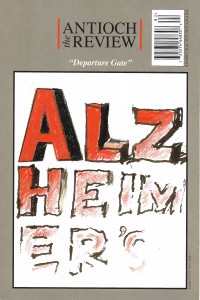