John Taylor’s article on the Serbian poet Dragan Jovanović Danilov has been translated into Macedonian by the poet Snezana Stojcevska and has appeared in the second issue of the Macedonian magazine COBPEMEHOCT: Here is the article in English, with the Macedonian translation at the end:

Although Dragan Jovanović Danilov’s poems are neither dialogues nor theatrical in nature, his work often brings to mind—to my mind, at least—the image of a stage with a “backdrop,” that is, the curtain or painted cloth hung at the back of the stage as part of the scenery. Why does this scenic analogy occur to me, as if this fundamental image structured, framed, in fact “staged” subject matter that otherwise varies from poem to poem? Of course, any poem has a backdrop consisting of, say, cultural, philosophical, literary, stylistic and autobiographical elements, as well as the history of those elements: their pertinence to what has been written. But why does Danilov’s poetry tend to point me to this scenic symbolism more often than the work of many other poets? I have been pondering this question while reading the English, French, Italian, and German translations of his poems comprised in the two quadrilingual selections, Homère de Banlière / Homer of the Suburbs (L’Atelier Prisme, 2006) and Pergament vivant (“Live Parchment,” L’Atelier Prisme, 2017).

Consider the short poem “A Body Full of Stars,” in which Danilov writes: “Given the vast evil of this world / only the intimacy of naked bodies is redemptive.” Indeed, his poetry often emphasizes sexuality in particular and sensuality more generally, but rarely in a merely hedonistic sense; the physical sensation is rarely evoked “in itself,” as if it were isolated. There is a backdrop, metaphysical or otherwise, and if it is not already implicit behind the described sensation, it appears a little later in the poem and is named as such. The word “redemptive,” for example, designates this backdrop as Christianity. Redemption is a divine act enabling a human being to be saved from sin, error, or evil. Yet whereas it is God in his role as “the Savior” who redeems in Christian theology, this God is absent in Danilov’s poetry; or, at best, “unknown,” as he puts it in another poem. Like an actor standing on stage in front of the scenic backdrop, Danilov as the poet-narrator stands “against” this Christian backdrop—“against,” that is, in its two English senses: indicating someone who stands out (against a background) and also someone who stands up in opposition to that which faces him, although Danilov’s antagonism in regard to Christian theology is more interrogative than defiant.

“Holy Place” similarly suggests a theatrical setting. In this poem, Danilov evokes a “warm pigeon house” as a place of refuge during what seems to have been a sad time in his life. He concludes: “In days of solitude, in front of this pigeon house, / I prayed and prayed, I myself do not know to what.” The backdrop here thus consists of the unknowable, a sort of final curtain whose only knowable quality would be its unknowableness. One thinks of “apophatic” or “negative” theology, whereby God’s essence is assumed to be impenetrable and the very definition of God this “incomprehensibleness.”

At least in the poems of Danilov’s two aforementioned selections, the poet, who is no mystic, does not attempt to approach this unknowable essence; he remains, like an actor, downstage or center stage without retreating upstage, towards the backdrop; yet neither can he ignore it, let alone remove it. It is there, in sight, sometimes ominously. It defines his scope, his limits. It delimits the territory of what can be known, as human experience, and what can be said about it. The backdrop itself is absence and silence. To wit, Danilov’s touching erotic poem “Tenderly, with a hand” evokes the “roaring ocean of silence” with which the poet is left once his lover has left the house. Analogous to the ineffableness of God, or to the lack of genuine metaphysical refuges (like the “warm pigeon house”) beyond the physical facts of reality (whose unique horizon looms as death, destruction, and nothingness), this formidable silence likewise emerges as a kind of backdrop. The privileged moment is over. Here and elsewhere, Danilov expresses the viewpoint that redemption requires others, the Other, love, compassion.

The most explicit instance of these stage-backdrop poetics is found in “Homer of the Suburbs,” a poem that in fact raises this issue of compassion. Here the backdrop rises, once again, like an incomprehensible—“roadless”—wall of “great silence,” constantly reminding the narrator of his state of abandonment and incapability, a sort of ontological stasis or passivity. Here are the first four lines of the long-poem, followed by the last three lines:

The world exists through compassion! Only

that which we pray for speaks all of the world’s languages!

However, here there are no gods, in this deserted region

and you yourself are absorbed in the great silence of roadless space. . .

into this abandoned transitoriness in which the days go by,

and you are not even their fins.

In light of these and still other examples (such as the image of the poet as an “Eleusisian deer” running through a forest on the outskirts of, but not within, the Ancient Greek religious site), the following question may be raised: if sensuality—the intimacy of naked bodies—“redeems,” as in the first poem cited here, then what is the state of mind and body—the state of Being, I am tempted to say—that results from the “redemption”? Arguably, it would be a state wherein the narrator, who is undergoing the physical sensation, as well as producing it in his lover, would be deeply aware of what he is undergoing. An intense, intricate, inevitably ephemeral state combining sensation and the heightened awareness of that sensation. What Leibniz, Kant, and especially Maine de Biran termed an “apperception” as opposed to a “perception”: a self-conscious state in which one is aware that one is in the process of thinking, feeling, or receiving a sense impression. In consequence, a heightened sense of aliveness, of what it means to be alive in this world in which God and other imaginable metaphysical options are sensed as absent, silent, unfathomable, unknowable. In such a world, is this perhaps the only conceivable “redemption,” the possibility of enjoying brief, troubling, unforgettable experiences of one’s life as an unexplainable, miraculous phenomenon? 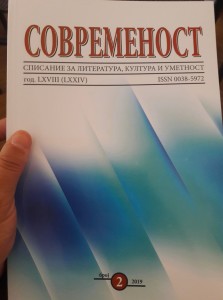 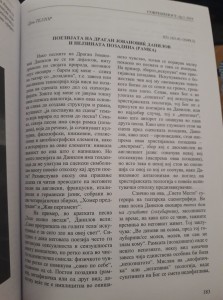 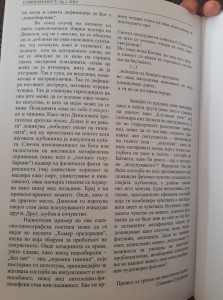