A major poetic figure in her native Mexico, Elsa Cross (b. 1946) has become known in the English world thanks to three stimulating translations published by Shearsman Books in the United Kingdom: Selected Poems (2009), Beyond the Sea (2016), and Amorgos Notebook (2018). These books represent just a sampling—Cross’s Poesía completa (2012) comprises twenty-eight volumes—but they certainly offer an engaging way to discover her. Octavio Paz said of Cross’s poems that they are “some of the most perfect . . . among those written by recent generations of Mexican [authors]” and that “two opposed aspects are united in harmony [in her work]: complexity of thought and diaphanous diction.”

Another striking opposition revealed and resolved in her work is that this Mexican poet sometimes situates her poems in other countries, notably in Greece for Beyond the Sea and Amorgos Notebook. A professor of the philosophy of religion at the Universidad Nacional Autónoma de México, Cross is a connoisseur of mythology and religion, the sources of the “complexity of thought” that Paz noted. With such a background, her poetic excursions beyond the cultural and spiritual borders of her native land—itself full of mythical and religious underpinnings—are in the logical course of events. Yet much more than specialized knowledge and intellectual curiosity are at stake in Beyond the Sea and Amorgos Notebook, which combine universalist, intercultural, as well as intimiste qualities. Beyond the erudition, which is smoothly blended into her poems (for which a mythological reference nonetheless occasionally sets the stage), her writing also exhibits a familiarity with Greece, notably with its most rudimentary natural elements. Cross poetically interrogates this natural world in intricate and original ways. It is worthwhile trying to define her approach.

In one of the odes of Beyond the Sea, which has been superbly rendered by the Irish poet Anamaría Crowe Serrano, Cross writes: “There are no signs of the path. / The god opens and closes destinies / just as the wind whips the shutters / till they break.” It seems clear that the poet has heard that wind battering the shutters, even as other images in her book derive from personal experience. A twelve-poem sequence, “Aeolides: Daughters of the Wind,” is devoted to this same robust element:

in the hollow stalks of canes

Swarming our gaze with yellow ants

Yet if Cross really has seen the resin dripping on the handrails, she chooses her images in such a way that an ancient poet might also have uttered them. Human beings have been watching bumblebees ever since the dawn of humanity (and simultaneously extrapolating myths and anthropomorphic symbols from them). All too human is the urge to surpass primary sense impressions and imagine “something else” beyond or below them, even if our notions of “truth” sometimes rely too naively or self-deceivingly on that specific urge. In French poetry, Philippe Jaccottet and Yves Bonnefoy (whom Cross has translated into Spanish) have shown a deep engagement with the possibilities—and probable impossibility—of “crossing” some kind of “threshold” at the edge of our perceptions of the material world and its “things-in-themselves.” In any event, Hesiod, Pre-Socratic philosophers, and poets of Orphic hymns would surely have understood the following scene (from “Invocation”), for they also knew the same thickets, leaves, rocks, clouds, and lilies:

You call me from the thickets,

from the clustered leaves of your sap.

Any crack in the rock

or hole in the cloud,

any fissure in the breath

bring me back to the place where you reign

With primordial elements resonating in her words, Cross therefore brings forth a Greece full of the “presence”—Bonnefoy’s word—of nature. Also like Bonnefoy, Cross, when she confronts the natural world, places the question of poetic truth on another level than that of mere empiricism and rationalism. Yet acutely observing the “thing-in-itself”—the “crack in the rock,” “the hole in the cloud”—is perhaps a necessary but it is not a sufficient condition for her poetics. There is indeed perhaps “something else,” as her deep inner experience—not any wishful thinking—keeps telling her. Yet although this “something else” cannot be pinned down rigorously, objectively, and named, poetry can at least aspire to record the conditions in which it was intuited, perhaps in a flash, to re-create the sentiments of mystery that it provokes in us.

Moreover, it is important to see that Cross is not inserting mythological structures or classical allusions into contemporary settings, such as T. S. Eliot (and other Anglo-American modernists) did in the twentieth century. One senses, instead, an assimilated heritage of symbolism and surrealism in her writing, as opposed to the realism nearly always present, in one way or another, in Anglo-American writing—a realism that can be present even in its absence. She in fact concludes the poem, whose opening lines I have quoted above, by admitting that she has been dreaming:

Ants drill through my dream,

from where your other voices rise.

This oneiric level of experience is ultimately more vital to her poetry than the daytime experiences also informing it. In Amorgos Notebook (about which more below), she in fact admits to “glimps[ing] not the real image, but the one dreamed.” Dreams crop up so often in Beyond the Sea that the entire book can perhaps be construed as a succession of poems representing an at once wakeful and dreamlike present: a wakefulness woven with dream images. In “Cicadas,” a sequence of rather long poems, Cross notably writes:

latent caverns in the walls.

a dream takes over,

and lures us down to its weightless limbos.

the tongue savors its slow monosyllable,

After entering “weightless limbos”—those in-between states of shifting awareness and dreaming—the poet carries on her quest at the appropriate level. Her “tongue”—her poetic language—can savor each monosyllable and then utter them orphically, as it were, to see what metaphysical riddles hidden beneath or alongside the present might be conjured up. Ancient gods and mythical figures return to the fore. One recalls the French painter Nicolas Poussin (1594-1665), who managed to create the impression, in his paintings on Greek and Roman mythological themes, that the gods were once again treading the same earth that we tread, sojourning in the same landscapes. One also thinks of the German poet Friedrich Hölderlin (1770-1843), who summons up Greece, which in his case he never visited, with all its intense radiance and pagan metaphysical potential.

Yet whereas even Poussin’s death-oriented paintings exude a kind of serenity, as if the mythical netherworld he brings literally to the light of day were calmly bearing up our own world, Cross often expresses a greater uncertainty or unease in her poems. For example, in her “Cicadas” sequence and in several other poems, she emphasizes indeterminacy and impossibility:

Unfolding in my hands I see

the creatures of dreams

but don’t know what is engendered

and the rocks sinking their sharp edges

and the faded mosaics

—winged Dionysus on his panther

The end can’t be reached,

there is only a turn

that opens another interminable stretch

The bottom can’t be reached—

there is no bottom,

Amorgos Notebook, which is also inspired by Greece and has been translated with equal vividness by Luis Ingelmo and Tony Frazer, shows an even greater anxiety, offset nonetheless by a touching amorous narrative, a kind of underground stream that gradually surfaces and grows in importance. In comparison to Beyond the Sea, there is also a more blatant surrealist ambience characterized by “enigmatic phrasings,” as Cross puts it in one piece. Some formal differences are likewise visible. The pieces are often made up of longer lines, which recall prose poetry; yet these lines also sometimes break off into shorter lines or are given varied indentations; the latter techniques redirect the texts into the realms of verse poetry. These crafted page layouts suggest how the pieces are to be read aloud, but they also reflect states of consciousness, that is, how the poet slips from wakefulness into dreaming, and back again:

How do you know if the statue rising amid the fountains, barely suggesting a

That outline, like fading text, envelops reality with a cloak.

And in the curve of the eye, closed in its own nakedness,

The road has no way back. So those dreams travel, with ever fainter echoes,

until only two alternating notes remain.

Like Beyond the Sea, Amorgos Notebook emphasizes the utter enigmas rising in front of us, sometimes in the most ordinary settings. In one piece, she is confronted with wind shaking onyx butterflies on a balcony, which become “swarming prisms, incomprehensible signs.” Similarly, an old man walks incomprehensibly around his flat roof. The question of the relationship of writing to these troubling perceptions necessarily arises:

The echoes of a sentence jingle as it follows form or loses its substance.

And, struggling to understand, reason disintegrates, fills with smoke, is left

with its pile of words

amongst the dry leaves in the street.

In still another text, an “erratic course” of observed events “makes and unmakes small units of sense.” Cross’s “hand,” as she admits elsewhere, “writes without the eyes / letting go of their dreams.”

Amorgos Notebook is often focused on how the writing of the poems comes about. The crux of the activity seems to lie in still another opposition that the poet resolves. On the one hand, there is the use of symbolism and mythology as rational tools for organizing and explicating reality and experience; on the other hand, those tools break down because of their inherent inability to get past certain cognitive boundaries. From this dichotomy, poetry emerges as the higher path, or, perhaps more fittingly, as the lowest and humblest path (as Jaccottet might have phrased it), enabling a glimpse of “the other side of conscience”:

That substance opening beyond the sea, like an ant’s wing on the blue breeze of rosemary, floats, omnipresent.

Detaching itself from that divine surf, it pours a glass of silence from its own solitude.

It enters and leaves the glittering waves, dissolves the final words on the other side of conscience —

no longer attainable in the wake of day.

Such powerful poetic moments take place in Greece, with occasional South American imagery superposed upon them:

The mountain could be seen on the cat’s back. Amid Stephanos’ pacing across

Yet Cross’s cultural purview is even broader. Her Selected Poems includes work from the 1970s and 1980s that is set in India, notably the long poems Banyan Tree and Malabar Canto. She in fact studied Indian philosophy and meditation in an ashram for two years. In an interview published on the website La clé des langues in France, where translations of her poetry have won two important prizes, she explains how her ongoing practice of meditation affects her writing:

It is essential, because meditation nourishes one’s seeing and inner growth. Meditation offers many things to my poetry: subject matter, different ways of proceeding when I write, even titles! When all is said and done, this is quite surprising. My last book, Bomarzo, began after I had heard the first three lines while I was meditating. I got up to note them down and the two first songs followed. In all, ten pages. But beyond all this, meditation is a constant reminder of our essential identity.

By the time this essay appears, Lawrence Schimel’s translation of Bomarzo will have appeared at Shearsman. As the title announces, Elsa Cross is now exploring Italy, notably the sixteenth-century Garden of Bomarzo, known for its monstrous “Orcus Mouth” and other grotesque symbolic sculptures. Her quest continues.

Beyond the Sea by Elsa Cross, translated from the Spanish by Anamaría Crowe Serrano, Shearsman Books, 151 pp., $18. 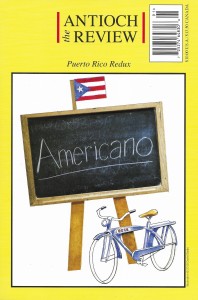